* In case of any delay in receiving the OTP, you may verify it later. Please proceed without verification.

Enter your City name or Pincode

The location of Rajpura makes it the fast developing town of Punjab. Rajpura is located on the junction of National Highway 64 which runs from Chandigarh to Dabwali and National Highway No. 1 which runs from New Delhi to Attari in Punjab. Thus, making it a good distribution centre. This 'Gateway of Punjab' is linked with Patiala, Amritsar, Ambala etc. Rajpura is also the first Railway Junction in Punjab. The rail lines from here are diverted to 2 major lines catering to Punjab. One is to Patiala, Bathinda and Rajasthan and other one heads towards Amritsar and J&K. Good connectivity through roads and railways makes it a logistics hub of Punjab. Many companies and MNCs like Bharti Walmart, Tata Teleservices, ITC, Aircel, Airtel, HUL, Nokia-Siemens, Castrol already have their warehouses in Rajpura. The colourful land of Rajpura will never disppoint you with the air bringing in some flavours of joy, brotherhood and unity. 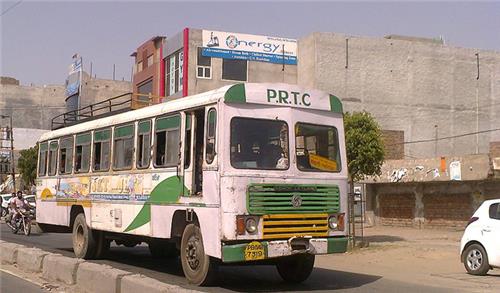 The highest number of buses from Rajpura run to Bondarwadi and Delhi airport. It takes about 5 hours to reach Delhi by this route and there are about 9 buses running daily to Delhi. Indo Canadian Travels is the best travel agent in Rajpura and other travel agents in Rajpura can be checked out on the page 'About Rajpura'. There are many options of buses available and their charges varies depending on it. It ranges from 1500rs to 2200 rs. The first bus starts at around 10:25 am. You can choose to travel in Volvo AC Sleeper, Volvo AC, AC Seater, Non-AC Sleepers and Non-AC Seaters. There are many buses running to Rajpura and the important bus routes remain, Katra to Rajpura, Delhi Airport to Rajpura, and Jammu to Rajpura.

Rajpura does not have a airport of it own, however Chandigarh airport is located closely to this city at a distance of about 34 km . Sahnewal Airport is another major airport located in Ludhiana, about 93 km away from Rajpura.There are many flights to and from Chandigarh connecting Mumbai, Delhi, Banglore, Srinagar and many other major cities. You can then catch a bus or hire a taxi to reach Rajpura.

Rajpura railway junction is Punjab's first major railway junction on Delhi –Amritsar railway line. Most of the rail transport passes through Rajpura as it is a link connecting to other major cities of Punjab and Jammu and Kashmir. The railway line is diveted from Rajpura to two major line of which one extends to Amritsar and Jammu and Kashmir while the other extends to Rajasthan, Bhatinda and Patiala. Another railway line from Bathinda runs through Dhuri, Barnala, Patiala and joins the main Delhi Amritsar line at Rajpura.There are many trains bypassing Rajpura, however no trains originate or end at Rajpura.

Comments / Discussion Board - Transportation in Rajpura